There are so many things to do in west Wales, we will be happy to point you in the right direction whatever the weather. Below is a small example of some of the main attractions of Cardigan Bay 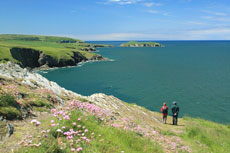 The Ceredigion Coastal Path follows a 60 miles / 96 km route between the Teifi and Dyfi estuaries. The footpath links quaint coastal towns and villages along with the spectacular scenery of the Cardigan Bay coastline.

Wild flowers, seabirds, dolphins and a wealth of other wildlife await you along the way. The area has a rich history which can be seen at the iron-age hill forts and 19th century harbours. 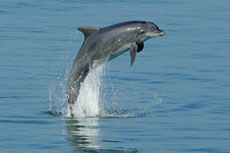 Cardigan Bay is home to one of only two resident groups of Bottlenose Dolphins in the UK. Estimates to the number of Dolphins in the Bay vary but a figure of 127 is often quoted.
Watching dolphins in their natural environment is always a magical experience.

Bay to Remember gives you the opportunity of taking a boat trip and visiting these majestic animals in their home waters off the coast of Wales. 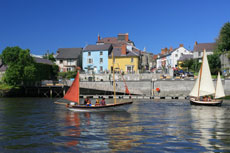 Mwnt is just a short drive from some lovely little towns.

See Dolphins and Seals in the Bay 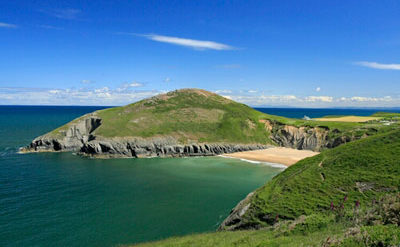